James Lewis and Dominic Young are both Change Management Professionals with MI-GSO | PCUBED out of our London practice. In consulting, having a good relationship with your clients is not just important – it’s vital. Join them on their second podcast together, as they share key tips on Building Successful Relationships.

This podcast is part of our podcast series Coming out Stronger.
Listen to our other episodes.

James Lewis: So a very good afternoon to all of our listeners from the MI-GSO | PCUBED family and beyond, to the latest in the Coming out Stronger podcast series. Today it’s going to be about building effective relationships. So a key skill for all of our people, I think in terms of really fostering the most fruitful possible client relationships.

So Dominic, how are you doing this afternoon?

Dominic Young:  I’m very well, thank you and very flattered for your kind introduction. That was very kind of you to say so.

Why are relationships important? [1:03]

James Lewis: No, not at all. And the first question I want to put you in this very key topic is why Dom are relationships so important in all aspects of consultancy?

Dominic Young: Managing relationships is really a day to day activity, you know.  Whether we’re saying hello to the friendly person that you buy your coffee from every morning or, or you’re calling on a friend to check on how they’re doing; we shape the way we interact with people.

Even if it’s on a subconscious level, we manage our personal relationships to ensure that they succeed. And no matter what situation you find yourself in, you can always have a choice in how you respond in that relationship.

Especially when challenges arise, a good relationship will really come to the fore. When difficult feedback needs to be delivered or difficult decisions made; a strong relationship will enable both parties to approach those conversations in the spirit of trust, openness and honesty.

Building relationships now and making them deep, strong, and real will pay benefits in weeks, months, and years down the line. Go above and beyond for your client – they will remember it.

What happens if we don't have good relationships? [2:45]

James Lewis: So Dom, let's look at the flip side to that because that's a terrific list of potential benefits of good relationship building. But what happens if we don't have effective relationships with clients? How might things turn out then?

Dominic Young: Well, good point. Negative relationships will really take their toll. It will be stressful. Your productivity will suffer as your time and energy will be wasted. You may feel emotionally drained. You may even want to leave your job. You’ll see poor client commitment at any level of the organization, and you’ll day job will be like pushing a rope.

How do we make our relationships stronger? [3:34]

James Lewis: So you've established the fact that this is critical. You've laid out the benefits, you've given an indication as to the dis-benefits. So how do we make our relationships really strong? How do we go about building them Dominic?

Dominic Young: We have all met somebody, or more likely more than one person, who we’ve just hit it off with. We’ve just clicked. Why is that?

It will be because we have something in common. We have the same interests and hobbies maybe, or we support the same football team. We have same line of work. What it comes down to is we have a shared common experience.

Now there’s too little time here to go into the group theory and in-group and out-group behaviors of us operating with clients. But, I will say that people tend to think of members of their tribe as their grouping as being individuals, and members outside of their group as being a homogeneous mass.

Now, being part of a group actually releases the good hormone oxytocin. As humans we are far more likely to favor someone who is in group than someone who is out of group.

So the starting point to good relationships is rapport.  Building rapport is crucial to any relationship, whether it’s a consultancy or any other area of business, or even on somebody that you both swiped right together with. There are a number of ways to build rapport, but all of them come down to saying, I’m in your group. I’m like you. It’s okay to like me.

James Lewis: So Dominic, I believe that you are a certified neuro linguistic practitioner. Does NLP have any techniques for building rapport that you can share with our listeners?

Dominic Young: There are. On a basic level, NLP techniques involve matching and mirroring body posture. When you’re meeting with somebody, look at the angle of the spine. Are they leaning forwards / backwards? Are they bolt upright? What is their head and shoulder angle? What’s their lower body doing? Now, if you can match those postures, it will build rapport. But you must, and I cannot emphasize this enough, you must be very subtle about it.

If they move a position and you instantly match it – if you are obvious about it – they will think you are mimicking them. And that’s a really bad thing that will destroy a relationship in a moment.

You can also use gestures, facial expressions, blinking and matching breathing is a really powerful method of building rapport. But you must, must be subtle. You’ll know when you’ve achieved some rapport. You’ll get a feeling. They’ll say something like – “I know you from somewhere, or I’ve seen you somewhere”.

Or, you can lead them.  What do I mean by leading them? If you make a shift in your position, they will follow you. That’s leading.  That’s when you really have rapport.

You can observe this in a social situation. At the bar, you would see groups of people standing in the same shape with the same postures, moving each other subconsciously. That’s a group that’s in rapport.

But conversely, you can see the opposite. If people have broken the rapport and are not moving and matching; you can tell that either they’re having a disagreement, or they are about to have, and that can get quite interesting in consulting.

If you build rapport and then find breaks in rapport, you kind of know there’s maybe a message coming that is going to be a little bit difficult.

James Lewis: A lot of this stuff is brilliant, but it’s something which you’re doing when you’re face to face to the client. And yet at the moment, as a collective community, we are stuck in our own houses and our interaction with our client, if we’re lucky enough to have interaction with our client, is either via a flickering image on Skype or zoom or whatever, or just via telephone.

James Lewis: So is it still possible to build rapport at a distance?

Dominic Young: It is. It’s a little bit more challenging, but can be achieved. I would urge anybody listening to try and match the vocal tonality. What’s the tone, the frequency, the pitch of their voice, the temper or the speed? Can you match that? The roundness of the sound, the timbre, or the volume.

Also if you imagine, is the voice coming from deep down inside the person. Is it from the chest or is it coming from the throat area? You match on those characteristics. But also listen for the words that will give you insight into shared experiences, associations, values and beliefs.

I literally have just come off a video call with my client and a pet dog had walked in, and we spent a couple of minutes talking about dogs we have owned in the past. There’s a classic shared example. Be really careful trying to match your voice. Be subtle and whatever you do, don’t try to imitate anybody’s accent. That is a recipe for disaster.

Dominic Young: Really, I would say that the key to nurturing good relationships comes down to three things. Communicate, communicate, and communicate again. Check in with your client regularly. If the only time you talk to them, is when you want something from them, you’re not doing them or yourself any favors at all.

Now again, we don’t have enough time to go to active listening and there’s a wealth of information on this topic. Google is your friend in this space. And again, you’ve heard me say it already on the subject, make it personal. Make it deep, make it strong, and make it real.  That way those relationships will, will stand the test of time.

James Lewis: Dominic, I've got one final question for you. There is a school of thought which would suggest that one of the key benefits of building a strong relationship with a client is that they are better placed to take advantage of potential business opportunities. Sales for want of a better word. And yet you haven't mentioned sales at all in this podcast. Why not?

Dominic Young: You are right that relationships is a key thing to business development . What I’d like to do with the business development aspect of that, is maybe take the base of this podcast and flesh it out a little bit more into some classroom environments and work on some more examples and going a little deeper.

Yes, you can use all of these techniques in business development. To do that subject justice, we need to spend a little bit more time and go into it in more detail.

James Lewis: And I know that you’re working on a module, which will explore that in more detail. This podcast is just basically a primer on how to do the groundwork on building relationships. Until you’ve got that strong relationship in place, then it’s a tough ask to actually get involved in any kind of business development.

So look out everybody for Dominic’s module, which flushes it out in greater detail.  For the time being, Dominic Young thank you very much for your time this afternoon.

Dominic Young:  Thank you very much, James. It’s been a pleasure talking to you as always.

James Lewis: And thanks also to our indefatigable sound engineer Mr. Charles Wilman. Until the next time, MI-GSO | PCUBED community and beyond, please stay safe and enjoy the rest of your day. 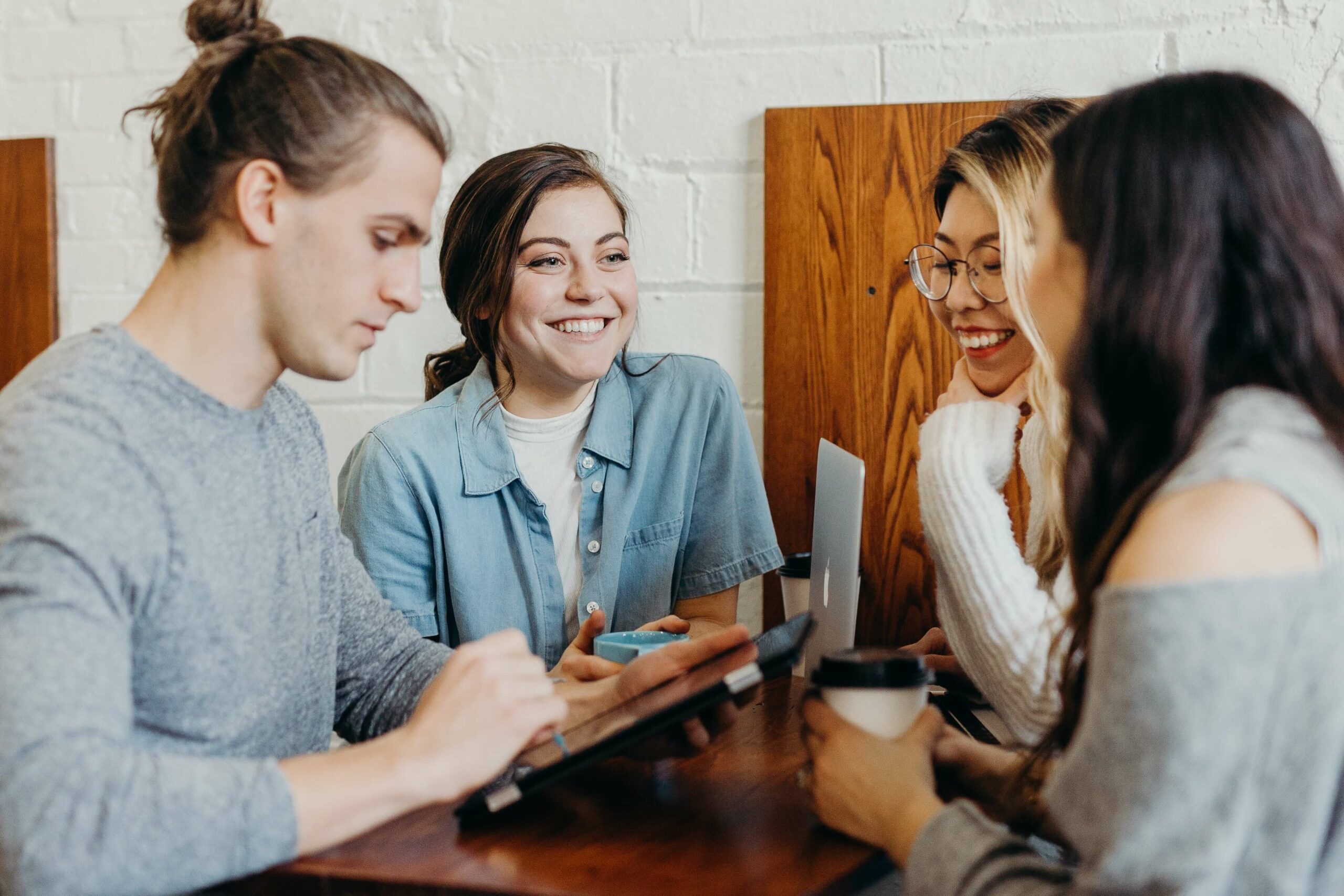 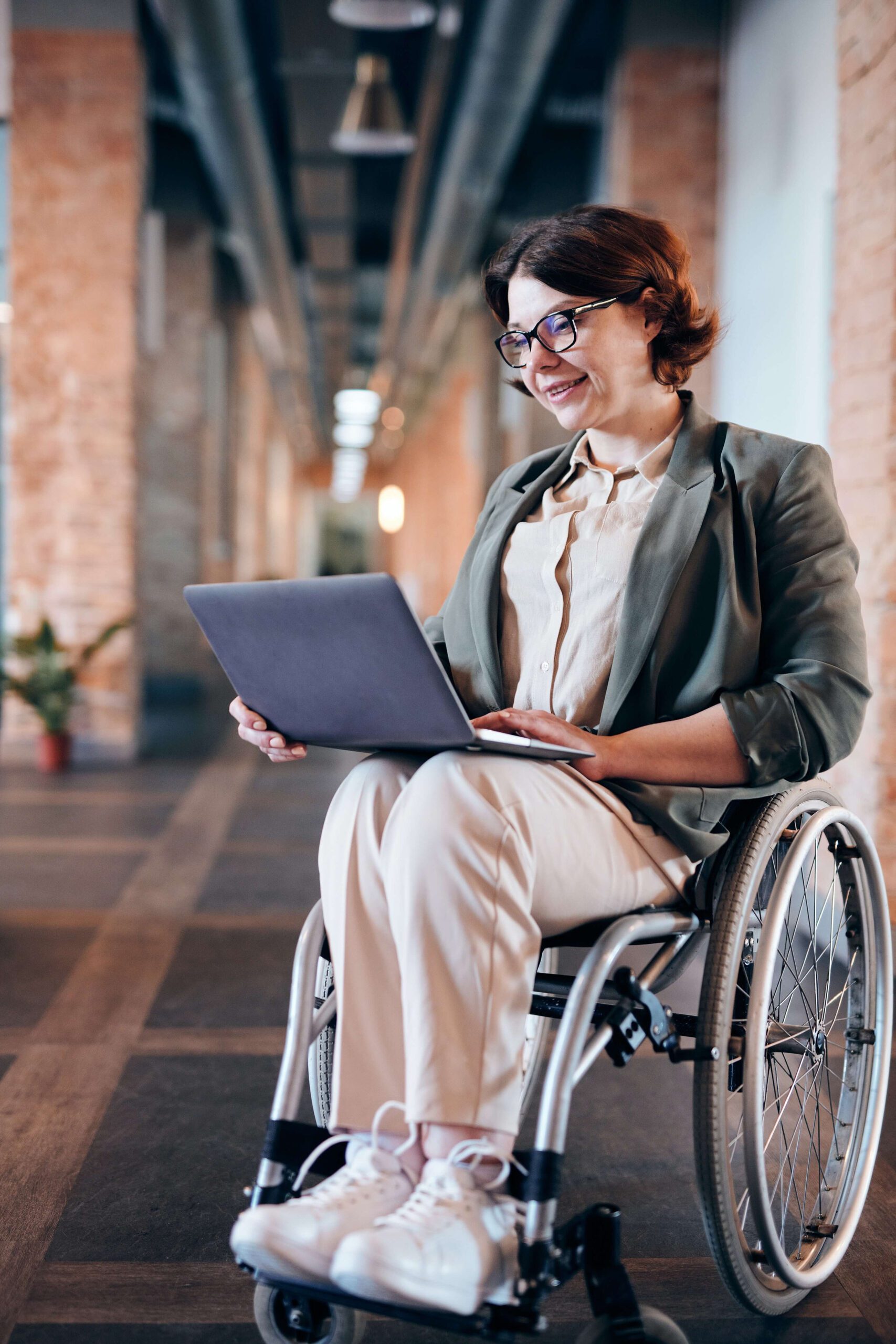 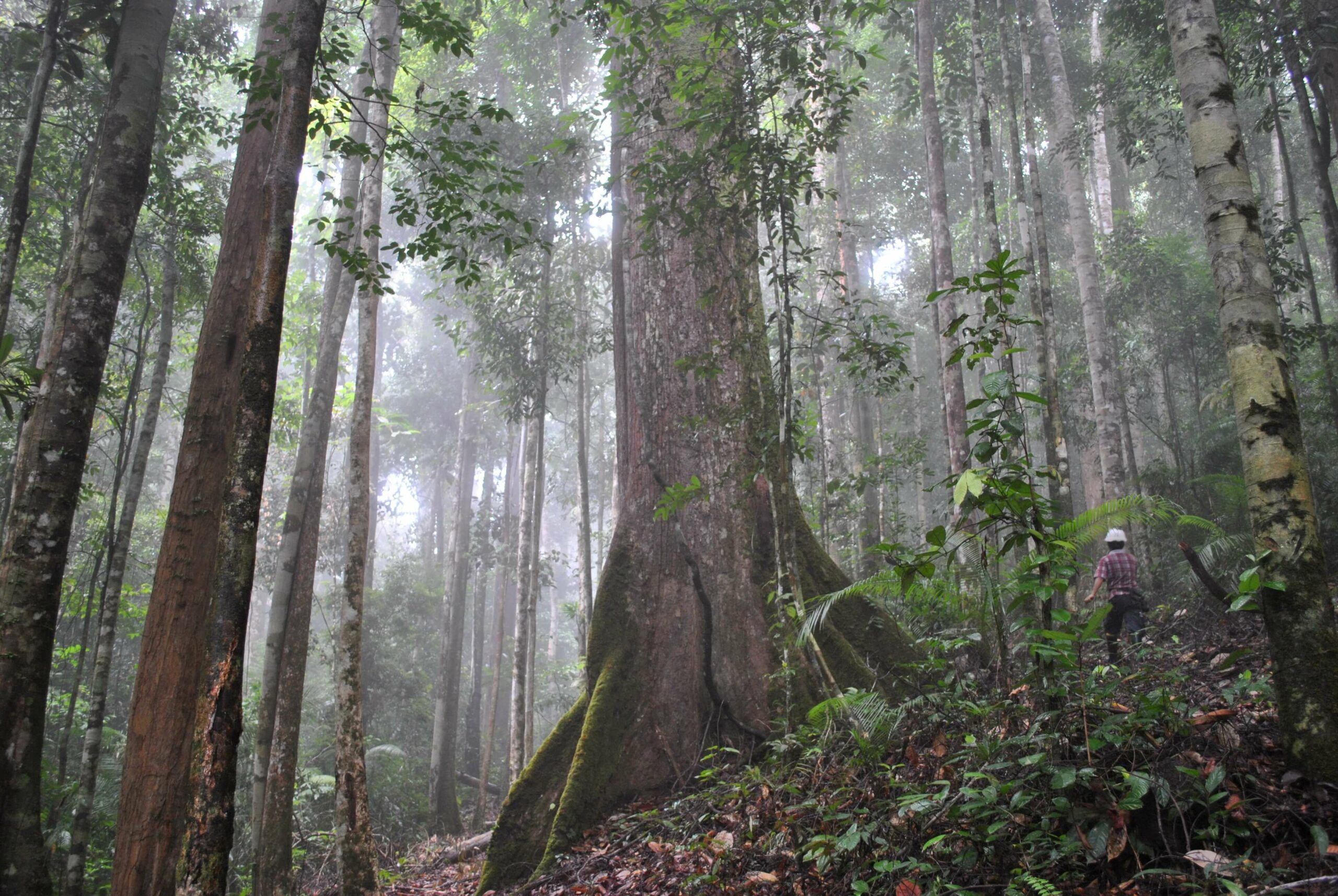 Thank you for your application, !
Meine Bewerbung senden
Ready to join our team?